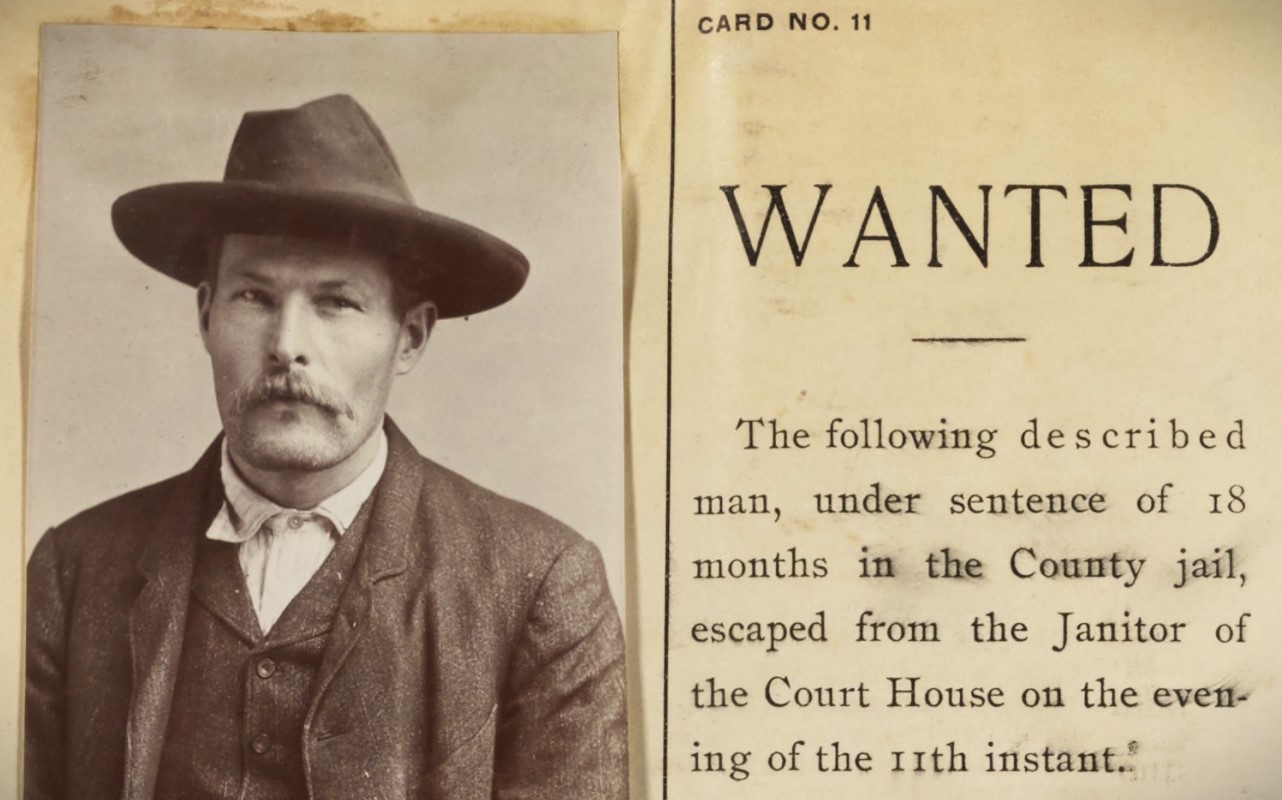 “It’s all the same, only the names will change
Every day, it seems we’re wastin’ away
Another place where the faces are so cold
I’d drive all night just to get back home.”

I sat back in stunned silence, staring at the comment awaiting approval. When I set out to prove (or disprove) the legend of Cousin Cap (my first cousin three times removed and erstwhile San Francisco Earthquake victim), I never expected to hear from someone who met the man himself!

I first wrote about Casper Celestine Lilly in early 2020 (click here to see that post). While his Find-A-Grave memorial states he is presumed to have died in the San Francisco Earthquake, Cousin Cap was nowhere near the city on that day [1]. Instead, he was on the lam well over 100 miles away, and he wasn’t apprehended until one week after the earthquake.

After the law caught up with Cap, he served his time, lived a quiet life, and died almost fifty years after that fateful day in 1906. The location of his grave remains a mystery, and the legend of Cousin Cap? Well, that ended not with a bang, but a whimper…in the form of his misspelled name on a death index.

Until last week, that is, when a reader shared this amazing memory of the time she met him:

“He assisted my family in locating a goldmine that had been an inheritance. Though I was a child, he made quite an impression on me and I never forgot him. He was bigger than life and had quite an authority about him. He wore his all white bushy hair and beard long and full. His clothing was worn and looked exactly like you would imagine a miner would wear. But he seemed to be right where he wanted to be, doing what he wanted to do. He was strong and active in his elder years, as from what I have learned he was not long for the world at the time that I met him.”

As I read the comment, I found myself wondering anew about Cousin Cap. The earthquake legend had been disproven, but what if I dug a little deeper? Was he hiding a few more secrets, and would I perhaps find a photo of this elusive would-be legend?

Cousin Cap’s brush with the law began in November 1904 when he took a job chopping wood for Fresno County Deputy Constable Charles E. Strivens. A “gold day pioneer,” Constable Strivens had lived in Fresno County since 1856, and since that time he had worked as a miner, a deputy sheriff, a postmaster, a farmer, and even a saloonkeeper.

In short, Constable Strivens was a man with a badge, a gun, and a whole lot of friends.

On November 1, Cap went to Strivens’ home to collect his pay, expecting to receive fair compensation for a job well done. A dispute arose when Cap disagreed with Strivens’ assessment of what constituted fair compensation. Frustrated, Cap used “abusive language” toward the well-connected lawman and was subsequently placed under arrest [3].

According to reports, Cap then “…fired a shot point blank at Strivens [and] dug off down the road” with the constable and several witnesses in pursuit. Cap was shot in the head during the ensuing chase, but he avoided serious injury thanks to his “thick skull.”

What began as an arrest for mouthing off to a deputy had spiraled into a much more serious charge of assault with a deadly weapon with “intent to commit murder.” One month later, Cap pled not guilty to that charge, and one month after that, he had his day (or days…two, to be exact) in court.

His defense was simple, if not futile. His attorneys insisted that Cap didn’t understand that he was under arrest, but instead assumed that Constable Strivens intended to shoot him.

In Cap’s mind, at least, this was a simple case of self-defense.

But Constable Strivens was a lawman with many friends and even more connections to the legal community, so it was no surprise that the case was over almost before it began. During the two-day trial, just four witnesses gave testimony. Three were called by the prosecution and described as friends of Strivens without “any particular friendliness” to Cap.

The defense, on the other hand, called but a single witness: Cousin Cap, who steadfastly maintained his innocence [6].

On January 14, 1905, Casper Lilly was found guilty of “assault with a deadly weapon” but recommended “to the extreme mercy of the court,” a condition that was a compromise among jurors. It was probably this stipulation that spared him from a harsher sentence, and it also set in motion the sequence of events to follow [7].

Judge Herbert Austin was fairly new to the bench, and perhaps his youthful optimism factored into the exceptionally lenient sentence he imposed. While the maximum penalty for the crime was 14 years in the state penitentiary, Judge Austin ordered Cap to serve just 18 months in the Fresno County Jail.

Cousin Cap should have considered himself lucky on that January day, but did he wonder just how far he could press that luck?

He would learn the answer to that question less than one month later.

It wasn’t often that a newbie was appointed trustee at the Fresno County Jail, but mere weeks into his sentence, Cousin Cap found himself in that very situation. It was a fortunate turn of events for a man who was already sick and tired of jail life, wasn’t it?

Cap probably knew that the “ten-day men” were the ones usually appointed as jail trustees, and that those men weren’t watched too closely by their supervisors.

He also probably knew that his supervisor was newly-appointed to the position and either didn’t know (or didn’t care) that Cap was an exception to the “ten-day men” rule.

Regardless of what he probably knew, though, Cap absolutely knew a lucky break when he saw one. And on February 11, 1905, he made his move.

The workday ended with all trustees reporting back to the jail…except for one. Sometime during the day, Cousin Cap simply walked away from the courthouse. By the time his absence was noted, it was anyone’s guess how long he had been gone.

While officials wondered how Cap was able to slip away completely unnoticed, they were certain he wouldn’t get far. After all, he was so destitute that “other prisoners had even been buying tobacco for him” in the past month [10].

Within 48 hours, Fresno County Sheriff James Collins sent out a description of Cap to several nearby counties, and that got me to wondering…and hoping.

Last week, I did a bit of sleuthing to see if I could track down that description. I wondered if maybe – just maybe – there was a Wanted: Dead or Alive! poster out there with Cap’s name on it.

What I found had me once again sitting back in stunned silence.

In plain sight? Maybe not!

He was definitely wanted, but dead or alive? That phrase was not included in the bulletin.

What was included was something so much better: a photo of the man himself!

The picture was clear, and the description was detailed and concise, but if Sheriff Collins expected to find Cap quickly, he was in for a surprise. In reality, the rogue trustee remained on the run for more than 14 months.

Cap’s past caught up with him on April 25, 1906, in Sonora, California. The town is over 100 miles away from the Fresno County Courthouse, and it is there that Cousin Cap’s story took a rather unexpected turn [12].

In 2020, I wrote that Cap spent his time on the lam living a quiet life in Sonora. News reports hinted that he made no effort to hide his identity, and that is where he was caught, after all.

Truth be told, the facts in Cousin Cap’s story are about to become the stuff of legend.

But that’s a story for another time.

8 thoughts on “Truth Be Told…”