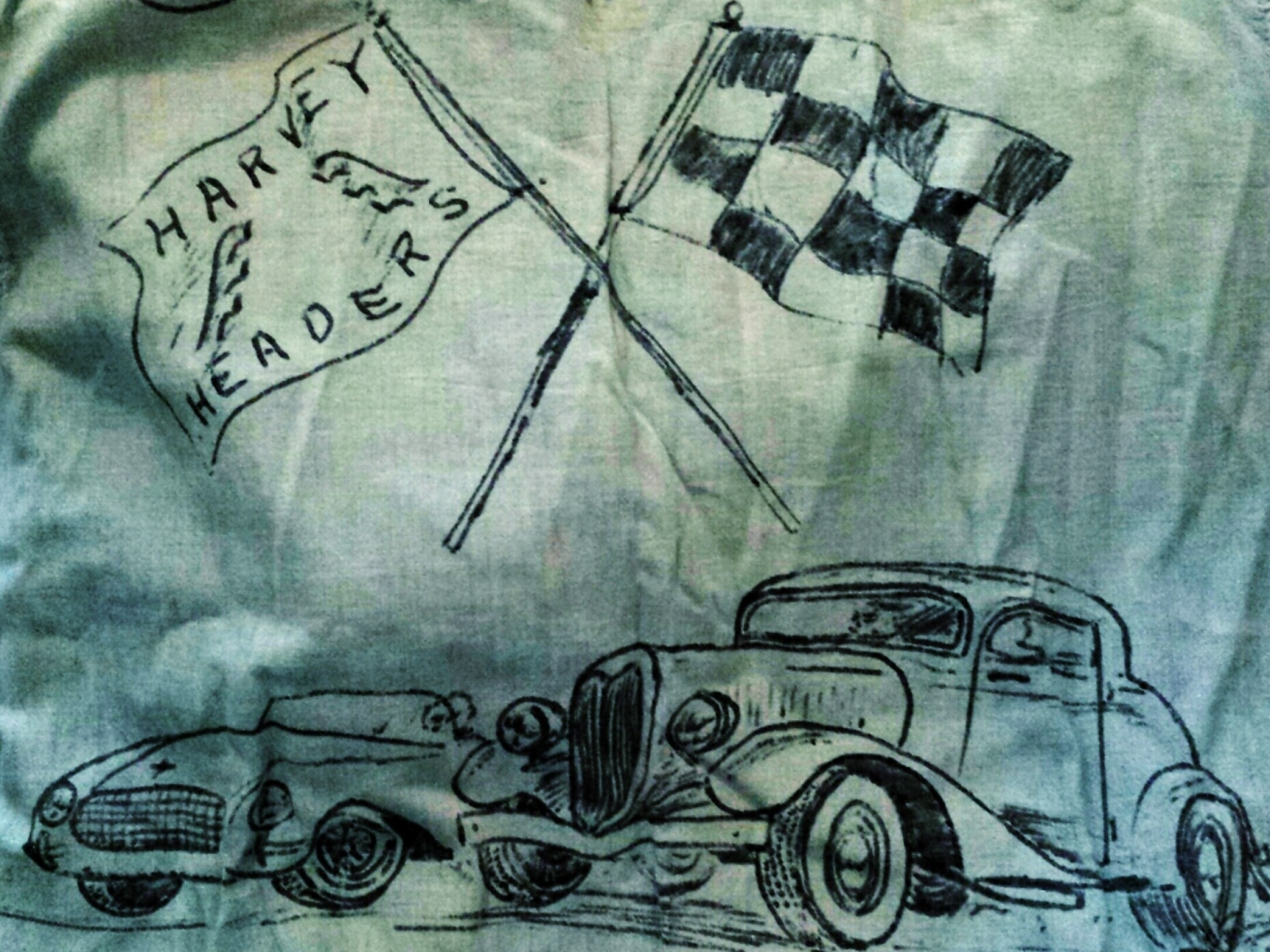 It was a beautiful day, the sun beat down, I had the radio on, I was drivin’
Trees went by, me and Del were singin’ Little Runaway
I was flyin’

“You see – ” dad said, accelerating more quickly than I expected, “- these newer clutches work so much better than the ones we had. You almost can’t mess ’em up!”

He was like a teenager on that December day in 1995, and I didn’t know what to think. When I said I wanted to trade my car for a more reliable model, dad offered to go shopping with me. Since he really did know a lot about cars, I took him up on his offer. I figured we would test drive a car or two, I would start the paperwork to buy one, and we’d be home by lunchtime.

But it didn’t work out that way. Sure, we looked at those reliable cars, but…there it was. We both saw the bright red car at the same time. It was a two-seater, and a five-speed, and it had a removable roof.

In short, it was just about the cutest car I had ever seen.

I knew how to drive a manual, but my skills were rusty, so I asked dad to test drive the car. He agreed just a bit too gleefully, and within minutes, we were on the parkway headed out of town. As he drove, he told me that really, you needed a good straightaway to see what a car could actually do.

Apparently, dad wanted to see if that car could do 90.

I glanced at the speedometer one time – but only once – because it was nearing 80, and there was nothing but open road ahead of us.

The rest of the test drive was surreal. Just who was this dude, and what had he done with my dad? This wasn’t the same guy who drove a minivan for those embarrassing years in the mid-80s, was it?

It was a day that would become my favorite memory of dad. On that day, I saw a rare glimpse of who he used to be, and I will always be thankful for that.

But I wouldn’t learn about the why behind his actions until after he passed away.

Dad had a love for all things automotive. If we asked mom about weekend plans, she would often answer, “Well, dad wants to watch the race, so…”

She never needed to explain further. Dad always watched the race, and we always knew which race it was, depending on when we asked that question. When he was home with hospice care, he wanted to watch the Indy 500 time trials. It was a very wise choice – you can never go wrong with a good time trial, right? Plus, dad got to retell his story about that time he met Mario Andretti.

Dad’s fascination with cars probably started early in his life. He never met his Grandpa Rowe, but the men definitely shared a common bond. In 1915, Bert Rowe purchased one of the first “motorcars” in Winfield, Kansas. Grandma told us that her father’s Model T Ford was quite a novelty item around town.

Dad probably heard many stories about that car, and by the time he turned 16, America’s love affair with motor vehicles had begun in earnest.

The timing could not have been more perfect for a future Harvey Header.

My Father the Hoodlum?

In the 1950s, street racing was a serious problem, and teenagers often made headlines for what reporters called hooliganism. The term “hot rod” evoked images of delinquency, and many adults assumed that a National Hot Rod Association (NHRA) club was actually “an organized band of hoodlums.”

Nothing could have been further from the truth.

In reality, a true hot rodder was “not a reckless driver,” and NHRA clubs were gaining popularity throughout the country. The clubs offered a unique solution to the street racing problem, and many in the law enforcement community were quick to lend their support.

“They’re going to race somewhere,” Midlothian police chief Jack Ward said in a 1957 interview, “so it might as well be under supervision.”

Today marks the 65th anniversary of the start of one such NHRA club that counted my father among its earliest members. On October 27, 1954, the Harvey Headers was officially organized with a motto of Safety First, Speed Second.

Club members had to pass a rigorous screening process and abide by a strict set of by-laws. The Headers promised to use “safe practices behind the wheel” and limit racing to “authorized drag strips” only. Law enforcement officers attended meetings and inspected members’ cars regularly.

The club quickly established a good reputation both in the Harvey area and on the racing circuit. In 1957, the Headers attended twelve races and boasted 48 wins.

Their partnership with law enforcement also paid off, and by 1958, the local chief of police was a top supporter of the Headers. Additionally, the group’s meeting space had grown from a member’s garage to a three-room clubhouse that boasted “a regulation-size pool table, jukebox, and television.”

But their work wasn’t finished yet. As “good Samaritans of the road,” the Headers agreed “to help drivers in need without material benefit.” It was a pledge they took seriously, and they soon made headlines for assisting a stranded driver during a storm. In a thank-you note, the driver said:

“Neither [boy] would take any money but gave me cards indicating their affiliation with…the Road Angels Club and the Harvey Headers.”

People in the Chicagoland area were beginning to notice the little club with the big goals, but the Headers weren’t done yet. In 1958, they found themselves back in the headlines.

This time, the entire nation would take notice.

In March 1958, the Harvey Headers were the subject of a six-page “club of the month” feature in Rodding and Restyling magazine. The honor made headlines in local newspapers, and a front-page story even included a photo of the club’s officers.

The photo was labeled incorrectly, but I recognized the man who was standing behind the others. I would know him anywhere. That look on his face? I had seen it before.

That man was my dad, and he had that same look on his face on a cold and sunny December morning in 1995, as he gleefully test drove my 1993 Honda del Sol.

I wish dad had told us more about that time, but in a way, he told us everything we needed to know. His pledge to abide by the Headers’ by-laws didn’t end when his membership ceased. Dad drove safely for the rest of his life, and he was never involved in so much as a fender-bender.

Dad probably remembered those safety checks done at club meetings, because he later became a covert vehicle inspector himself. He would figure out which cars we were planning to buy, and then he would sneak down to the dealership to test drive them, just to make sure they were safe enough for his daughters.

I never knew about dad’s covert car inspections, though I did wonder why so many salespeople said, “I just saw your daddy!” when I was car shopping. I only learned the truth when mom talked about it after dad’s death.

Dad remained true to other parts of the club’s by-laws as well. He always wore his seatbelt and expected his daughters to do the same, but we didn’t always heed his advice. In a strange twist of fate, I was a passenger in a serious car accident exactly 34 years and one day after the founding of the Harvey Headers. My head had a rather unfortunate meeting with a windshield, and according to dad, safety glass probably saved my life, although it did not spare a large chunk of my hair. (According to classmates who saw the car at the salvage yard, that eerie reminder of my close call remained lodged in windshield of the totaled car.)

Words weren’t necessary when my folks arrived at the ER that night; the look on dad’s face was enough.

I never went without a seatbelt again.

Dad lived by the Harvey Headers’ by-laws for the rest of his life. The month before his death, he asked if I was coming home for a visit anytime soon. My husband and I had recently bought a new car, and that gave dad the perfect opening for his next suggestion.

“You know,” he said, “you really should see how that car handles on a road trip. Why don’t you take a drive up here?” In true dad style, he then outlined the exact route to take to avoid construction zones and traffic.