“Life is a play that does not allow testing.

before the curtain closes and the piece ends with no applause.“

Clarke Irvine sounded like a bitter old man. He really did.

According to the Irvine Clan website, “When tracked down in 1946, Clarke was unresponsive to queries concerning his early life. His…wife had left him and he was living in a trailer park. A divorce was soon forthcoming.”

It was a sad portrait of my third cousin three times removed, and if I had only searched vital records and basic news articles, I would have discovered a man whose life merited just a five-word death notice [1].

But I decided to dig a little deeper, and that decision? It made a world of difference.

Instead of a bitter old man, I found a silent film actor who was friends with Mary Pickford and Charlie Chaplin. I found a writer and publisher who traveled around the world. I found a man with such a zest for life that he officiated at the “first” nudist wedding in America.

A bitter old man? Not even close.

Sometimes, we need to read a story that makes us smile. This week, Clarke Irvine is that story.

Clarke Irvine was born to Clare and Edesse (Plamondon) Irvine on 4 December 1892 in Salem, Oregon [2]. The family moved to California in the early 1900s, and Clarke followed his father into the newspaper business after he graduated from high school [3].

But Hollywood was calling…and Clarke was listening.

By 1914, Clarke was working as a correspondent for Moving Picture World, one of the earliest trade journals in the movie industry [4]. He reported entertainment news during the “transitional era” in cinematic history. It was a busy and exciting time in Hollywood, and Clarke was right in the middle of it all [5].

I’ve found a few Hollywood legends in my family tree, but the discovery of Clarke Irvine was different than those instances. He is not a household name, and his work has been largely forgotten. His IMDB page lists just four film credits and three news article references. It seems that IMDB missed a few items.

OK, make that more than a few.

Clarke’s lone “official” acting credit came in 1916 for the silent short “Luke and the Bang Tails.” The film, which was part of the “Lonesome Luke” series, starred Harold Lloyd, Snub Pollard, and Bebe Daniels. One review noted that, “As slapstick, it ranks with the very best of the one-reelers [6].” Today, a copy of the film is housed in the archives of the Museum of Modern Art.

Acting and writing were not Clarke’s only claims to fame, however. He also invented the world’s smallest movie camera, an item that became a status symbol among the Hollywood elite [7]. Indeed, by 1917, Clarke seemed destined for stardom.

But World War I would change all of that.

Clarke put his career on hold to serve in the Navy from 1917 to 1919 [8]. When he became ill and was hospitalized in New Orleans, he wrote home that he was “…a battle-scarred vet – who didn’t get across, but who did get service [9].” Though Clarke returned to his writing job in 1919, his acting days were over.

In the years following the war, Clarke grew frustrated with his continuing health issues. Finally, he made a radical lifestyle change, and by the late 1920s, the actor-turned-veteran had become an advocate for natural living [10].

Pastor Irvine and the Nudist Wedding

By the 1930s, Clarke was living a life devoted to health and spirituality. To that end, he became the (non-ordained) pastor of the Temple of Nature Church, and in November 1933, he officiated at the “first” nudist wedding in the United States.

The marriage of Jim Goodman and Susie Wise made headlines across the country, with some articles even including a (somewhat blurry) wedding photo of the happy couple. Within a few days, though, the fun was over, and Riverside County officials wanted to talk to Pastor Irvine about his role in the ceremony [12].

Was the Goodman marriage legal? Not according to county officials, who noted that the couple lacked both a license and an officiant. But the newlyweds were not overly concerned. The bride told reporters that the couple didn’t get a marriage license because they simply “didn’t have time.”

In the end, no charges were filed, because no crime had been committed. Jim and Susie Goodman had actually gotten married in Portales, New Mexico, in 1927. The nudist wedding was just a joke, according to Susie’s 1936 divorce petition [13]. Indeed, a news report revealed the truth behind “the country’s first nudist wedding” that very year.

That article ran on April Fool’s Day, of course!

Technically, Clarke Irvine didn’t preside at our nation’s first nudist wedding, but he probably solemnized the first nudist vow renewal. There was something to be said for that, right?

Clarke was healthy, he seemed happy, and his life was filled with laughter and adventure…at least until the mid-1940s.

In 1946, as he faced divorce and financial issues, an Irvine family researcher asked him to take part in a family history interview.

If only that researcher had approached him a few months later! Life was about to improve for the zany writer/pastor/actor/spiritualist. Happiness was waiting, and it was less than twelve months away.

By late 1947, Clarke Irvine was again living the good life. A magazine he founded in the 1930s (appropriately entitled “Let’s Live”) was doing well, and he continued to speak on the benefits of a healthy lifestyle [14]. He had also found someone who shared his zest for life, and his May-December romance with Alice Tielens culminated in a 1947 wedding that put the former actor back in the headlines [15].

In 1948, Clarke became a first-time father at age 55, and in 1950, he and his wife welcomed twin daughters to their growing family.

Was he thinking of slowing down? Not Clarke Irvine. In 1952, he and Alice founded “the tiniest newspaper in the country,” The Alpine Sun. The newspaper is still in circulation today and has grown significantly since its founding. Digital copies of issues from 1952 through 1955 are available at the Alpine History website.

Clarke Irvine’s amazing life story ended with his death on 15 March 1975. The five-word death notice made no mention of his extraordinary life, but perhaps Clarke wanted it that way. Maybe he knew that he would be remembered, regardless of what was included in his obituary.

He wasn’t born into a life of fun and adventure, but Clarke found that life somewhere along the way. His story should remind us that there is always something good to be found in life.

We just have to know where to look for it.

9 thoughts on “Lonesome Luke and the Nudist Wedding” 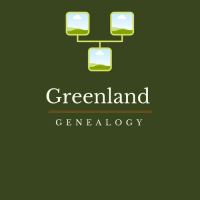