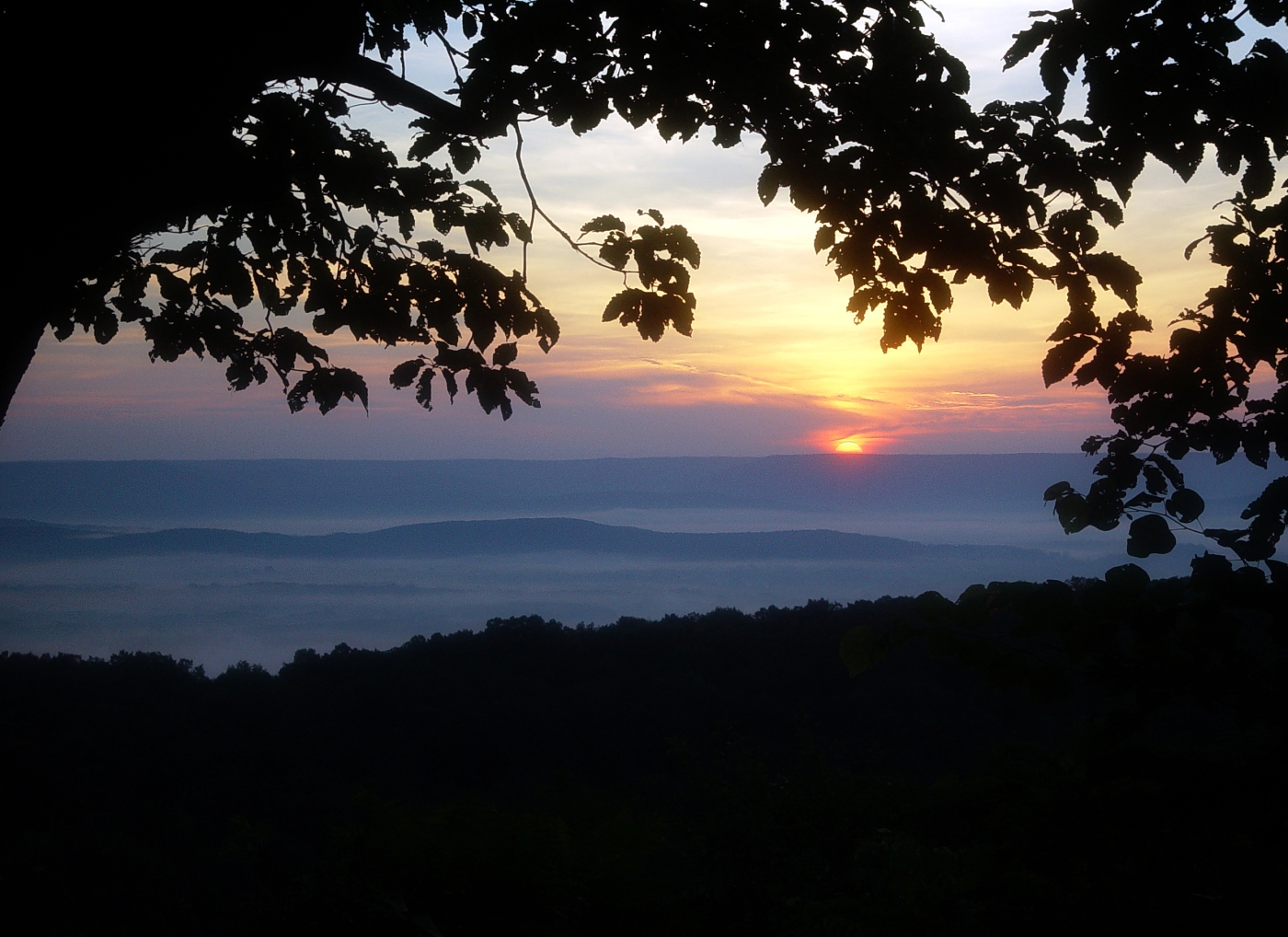 “What I am trying to say is that the pain then is part of the happiness now. That’s the deal.”

This week’s 52 Ancestors post was supposed to be easy. The prompt was at worship, and I planned to write about my fifth-great-grandfather, Jesse Rowe. After all, he was the father of Methodism in Fayette County, Ohio [1]. Uncle Morris wrote about Jesse’s life, and I was going to expand on his findings. It was such an easy choice! (You can read access part of Uncle Morris’s research by clicking here.)

As I was reviewing the details of Jesse’s life, my attention was drawn to his youngest son, my fifth-great-uncle, Reverend James Rowe.

And my easy writing week ended right there.

The Minister’s Son and the Reporter’s Daughter

James Rowe was born to Jesse and Mary Jane (Farris) Rowe in Louisa County, Virginia, on 20 October 1797 [2]. He entered the ministry in his early twenties, and by December 1825 he had accepted a position on the Huntsville, Alabama, circuit. Excited about what the future held, James said goodbye to his family and friends and began the journey to Alabama, stopping first in Cincinnati, Ohio.

It was a stop that would change his life.

In December 1825, Malinda Poff was attending school in Cincinnati with dreams of becoming a teacher. James was smitten from the first time he saw her, and he would later describe that initial meeting as “the most wonderful memory” of his life [3].

James continued on to Alabama, now with some additional motivation to succeed in his new job. He had met the love of his life, and he wanted her by his side. He especially wanted to show her an area near Huntsville called Monte Sano. With its higher elevation and purported healing waters, it would be good for Malinda’s health, since she was troubled by rheumatism [4]. Then, too, Malinda had always dreamed of living in the south, and Huntsville seemed to offer a promising future to the couple.

As I researched the life of James, I marveled at his dedication to not only his career, but to Malinda’s as well. This was the 1820s, and most women had very few choices in life. As I read about how James encouraged and supported Malinda’s pursuit of her goals, I realized that he was a man ahead of his time!

By 1828, James was gaining popularity in the church, and he’d heard that the Huntsville Female Academy needed a new teacher. Administrators sought a woman with a skill set similar to Malinda’s and estimated that the annual salary could be as much as $700 (an amount equal to about $19,000 in 2019 terms).

It was time for James to return to Cincinnati. There was a wedding to plan!

James and Malinda were married on 13 November 1828 and left for Alabama shortly thereafter [5]. Reverend and Mrs. Rowe were ideally suited to each other, and they quickly became a popular couple in the area. Malinda found satisfaction in her new teaching position, and life was just about perfect for the newlyweds.

But the first months in Huntsville caused Malinda’s rheumatism to return with a vengeance. Finally, James suggested a vacation in nearby Monte Sano. Perhaps the fresh air and healing waters up on the mountain would provide some relief.

Reverend Rowe was correct in his prediction, and as he watched Malinda’s health improve, he sensed that his priorities were changing. Yes, his career was important, but now, Malinda’s health took precedence. James and Malinda had been called to two very different careers, but they ultimately had the same goal: they wanted to help people. Could James continue on his path, albeit on a different branch?

He decided that he could do just that.

In 1829, James made the shocking decision to put his career on hold. Together, he and Malinda opened the Monte Sano Female Academy. Using funds he saved during his years in the ministry, James financed the building of the new school. It was a win-win situation for the young couple. They could live in Monte Sano, which would benefit Malinda’s health, and Malinda could continue teaching, an occupation that she dearly loved [6].

Monte Sano Female Academy opened in February 1830 and quickly established an excellent reputation. The school was focused on educating young women in areas as diverse as English, foreign languages, and art. The beautiful surroundings, combined with the Christian influence brought by Reverend Rowe, made it an appealing higher education option for many women.

Yes, times were good, and in the midst of it all, James and Malinda had two more blessings to celebrate. In 1830, Malinda gave birth to her first child, a son named Andrew Jackson. Two years later, the family would welcome their second son, James Henry Bascom [7].

By the time of James Henry’s birth, the Academy had become extremely successful, and James had even created a pamphlet to advertise its offerings and benefits [8]. While the pamphlet was a sort of precursor to modern college catalogs, the prices (and some of the courses) were nothing like we would see today!

Yes, life was good. James had “sacrificed” a promising career for the health of his wife, but he realized that it had been no sacrifice at all. They had gambled…and won.

The Pain He Felt

In A Grief Observed, C. S. Lewis wrote, “The pain I feel now is the happiness I had before.” In the early 1830s, James Rowe would learn all too quickly about that pain [9].

In 1833, Malinda’s health took a turn for the worse, and she declined rapidly. This time, all of the healing water and fresh air in the world would not help her. James knew that Malinda’s death was inevitable, and that there was nothing left to do but pray.

Malinda died on 8 November 1833, leaving her students without a teacher, her husband without a soulmate, and her sons without a mother [10]. She was buried the next day “… in a small plot marked off at the west of the school…for Malinda’s dying request had been that she be buried on the mountain.”

Later, the funeral would be described in heartbreaking detail:

A procession…moved slowly to the grave. In the front came the officiating minister. Behind him followed the corpse borne by five men, then the husband with his two little sons, one in his arms, the other toddling along at his side.

This was the climax to The Rev. James Rowe’s interest in…Monte Sano. He had been brought to the mountain by the love of a woman. That woman was gone. What more was left for him there?

James would go on living, but what of the school? Without Malinda, there was no school.

In his grief, Reverend Rowe closed the Academy at the end of the term. He left Monte Sano with the understanding that someday, he would be buried on the mountain, next to his beloved Malinda [11].

Sadly, his final wish would not be granted.

Today, Monte Sano State Park is a popular recreation area in Madison County, Alabama, where visitors enjoy the clean air and beautiful scenery. Hikers may stumble upon the lone grave marker of Malinda Rowe and wonder about the stone next to it, identical in size and composition, but completely blank.

Does the lack of a name on that second stone really matter, though? As C. S. Lewis remarked in A Grief Observed, “You can’t see anything properly while your eyes are blurred with tears.”

5 thoughts on “The Happiness Now”

Baugh, Bass, and Beyond

Finding the facts behind the legends!

Sharing the people from my past

Laughing my Way Through Rheumatoid Disease and Life

Stories and Thoughts of My Life with Rheumatoid Disease

Family History and Cousin Connector for the Bailor, Wills, Young, and Hein Families