How a DNA test changed everything

“An era can be said to end when its basic illusions are exhausted.“

As a child, I was fascinated by the fact that other families ate fish for dinner, as if that were a normal, everyday thing. I’m talking about actual fish here…these people weren’t eating fish sticks!

We didn’t eat fish at my house, and we knew that had something to do with my mom’s family. Her parents had what is referred to as an interdenominational marriage, and in support of my Catholic grandfather’s faith, my Presbyterian grandmother prepared fish on Lenten Fridays. My mother never liked fish, so those Fridays must have been miserable for her.

When I was younger, I wondered why grandma made those special meals when grandpa was the only one in the family who observed Lent. Mom explained that marriage meant compromise, and that my grandparents were good at meeting each other halfway. It’s an example that I now try to follow in my own marriage.

My grandfather was a first-generation American with roots in Ireland, and faith was at the center of his Catholic family when he was growing up. It’s not surprising that when he married my grandmother, certain family members and church officials were somewhat less than enthusiastic about the union, to put it nicely [1].

I wondered if people gossiped about my grandparents. Did they speak in hushed tones with comments like, “Unbelievable! They actually got married!” “But…but…she’s not Catholic!” “I know! And she’s also not Irish!”

I wouldn’t find answers on paper. To solve this puzzle, I needed DNA.

If brick walls could talk, this one would be taunting me. “You think genealogy is fun?” it would jeer. “Then have fun with this…your great-great-grandmother’s maiden name was Brown!”

It was true. Mary Brown, my grandmother’s namesake, was the brick wall to end all brick walls. That’s what I get for gloating when I realized I had nobody with the surname of Smith in my direct line.

Careful what you gloat about.

Mary’s obituary listed her surviving children and funeral arrangements, but nothing else [4]. Her death certificate was not much better, but at least it included her father’s name and her assumed birthplace.

Seriously? My third-great-grandfather was an Englishman named John Brown? Google that, and see how many results you get. Search the name and birthplace on Ancestry or FamilySearch. Check it anywhere you want to check it, but rest assured, you will get about two billion results.

Finally, I had a starting point.

Just as I was reaching peak frustration levels with the Mary Brown brick wall, Ancestry announced a sale on DNA tests. I decided it was time to match science with census records, and several weeks later I was anxiously awaiting my results. I expected to be a fairly even mix of Irish, German, and English…with a bit of Danish thrown in to keep things interesting.

But what was this? According to my results, I was 49% Irish? Maybe I made a mistake in my research.

Or maybe, just maybe…someone had been less than truthful somewhere along the way. (I’m lookin’ at you, Mary Brown!)

As I studied that first list of DNA matches, I noticed some recurring surnames among a group of fourth cousins. Since I couldn’t determine a common ancestor using my family tree, I decided to analyze the information from a different angle.

I researched the family of a fourth cousin who had a public tree with just seven names. Starting with that information, I used census records and newspaper articles to trace back a few generations and soon made two startling discoveries: my fourth cousin had a grandmother with the maiden name of Brown, and that grandmother’s family was from Olean, New York, the potential birthplace of Mary Brown.

I repeated the process with other fourth cousins in the group and found that they were all linked to the Brown family of Olean. Additionally, they could all be traced back to the same ancestor: J. Patrick (“Pat”) Brown, a father of eight who moved from Pennsylvania to Olean around 1887 [5].

After a bit of searching, I found Pat Brown’s 1870 census listing [6]. The surname looked like “Round,” but the daughter’s name on line eleven was perfectly clear: Mary Ann.

The brick wall was starting to come down! It seemed likely that my great-great-grandmother was the daughter of Pat and Anna Brown. Yes, things were all going according to plan…until I looked at Pat Brown’s birthplace.

Surprise, surprise…”John Brown” wasn’t from England at all.

My third-great-grandfather was not named John, and he certainly was not from England. He was actually Patrick Brown, an Irish immigrant who arrived in the United States around 1855, and died in Olean, New York, in 1912 [7].

I added Pat to my Ancestry tree, still in disbelief that Mary hid her Irish heritage for her entire adult life.

A few hours later, I was surprised to receive a message on Ancestry:

“Just wanted to say hi and thank you for saving a record for Patrick Brown and Anna Carey to your tree. I was finally able to learn what happened to their daughter Mary Ann Brown.”

It seemed that I wasn’t the only researcher facing the Mary Brown brick wall! Over the next few weeks, my fellow researcher and I shared resources and stories, and we filled in a few blanks in the Brown family’s history. Mary was indeed the daughter of Pat and Anna, but she moved to Chicago around the time that the Browns moved to Olean. She apparently did not stay in touch with her siblings, and the family eventually lost track of her.

How amazing that over 80 years after Mary’s death, two descendants were able to connect the dots because of a DNA test!

That is the good side of DNA. Finding answers and breaking down brick walls is wonderful. If you have not added a DNA component to your research plan, I highly recommend it!

But there is another side to DNA. After we learn the science, we are often left wondering about the rest of the story.

I will always wonder why Mary Brown hid her Irish heritage, and I will always wonder if my grandmother knew Mary’s secrets. Did Mary warn my grandparents that people might not approve of their marriage, or did she remain silent as she watched history repeat itself?

Most of all, though, I will wonder this: If grandpa’s family had known that grandma’s ancestors were Irish Catholic, would it have changed anything at all?

Sadly, there are some questions that cannot be answered with a DNA test. 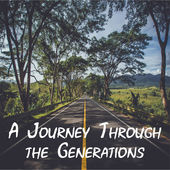