This week’s 52 Ancestors prompt, “large family,” was supposed to be a given. Stand back – I got this! I grew up on stories of my great-grandmother and her sixteen children. So of course, I should write about her, right?

In learning about my great-grandmother, I discovered that she certainly didn’t corner the market on having a large family. That trend (along with the tendency to marry young) started two generations earlier, with my third-great-grandmother.

In genealogy, we are often reminded to “tell their stories.” This week, my third-great-grandmother seems to be asking me to tell her story. She was an only child who gave birth to eleven children over the course of three marriages. Most researchers say that she died at age 41, though no one has provided a citation for that fact. I have not found an obituary, death record, gravestone, or photo of her. How sad to think that she could be forgotten. She was someone’s mother, and she was loved.

After today, I hope that she will be remembered.

I’ve written before of my mentor, Cousin Alberta. She shared her notes and resources with me over thirty years ago, and recently I took another look at those documents.

I was barely thirteen when Alberta sent me that family tree. It was the eighties, and I was excited that I would be fourteen soon, because that meant more privileges and more freedom! Life was filled with school and speech activities, color guard practice, and fun times with friends.

But Kate Catlin? She lived a very different life than that.

An Abrupt End to Childhood

Born in Illinois around 1841, Kate was the only child of Horace and Hannah (Gist) Catlin [1]. When she was barely fourteen, she married 25-year-old Albert B. Hardin [2]. According to some family histories, the couple lost their first child in infancy in 1857, when Kate was just sixteen years old. The following year, she gave birth to a daughter that the couple named Mary Florence [3].

In 1859, when Kate was just 18 years old, Albert Hardin died. Kate was left alone to settle her intestate husband’s estate while she struggled to provide for her daughter.

Surely overwhelmed and scared, Kate turned the legal tasks over to her father. I wondered how she felt when, in February 1860, the estate was declared insolvent, leaving her with just $167.20 in cash and assets to her name [4].

It was not surprising that Kate remarried, and quickly. Just ten months after the settlement of Albert Hardin’s estate, she married John B. Williamson, my third-great-grandfather. She was just nineteen years old at the time [5].

It is tempting to assume that John and Kate lived happily ever after, but it didn’t happen that way. In 1870, Kate was 29 years old and raising five children when she suddenly found herself widowed again [6]. Life seemed to deal one cruel blow after another to her, for John Williamson (like Albert Hardin) died without a will [7].

The one bright spot was that John’s estate was large enough for Kate and her children to enjoy some degree of security [8]. And with her father’s stepbrother named as administrator, what could go wrong?

The estate settlement dragged on for five years; by December 1874, administrator George W. Overton was found to be in default of his duties as executor [9]. By that time, Kate’s father had been named guardian of three of Kate’s children [10].

But Kate did not wait around this time. Maybe she saw the writing on the wall, or maybe she craved security, but she certainly did not stick around to see how the situation would pan out. Instead, she made a drastic change.

A New Life in Kansas

On 29 November 1871, Katie married William Riley Watkins, a widower with several children of his own [11]. Over the next eight years, Kate and William would have five more children. Their youngest child, Minnie, was born when Kate was 38 years old and already a grandmother of two [12].

Sadly, Kate’s happily-ever-after was never to be realized. She died around 1882 at 41 years of age, leaving nine children to grieve the loss of a mother who left this world far too early [13]. It seemed so unfair to me, especially since long lifespans ran in Kate’s family. Her mother lived to be 88, and several of her children and grandchildren lived well into their eighties and nineties [14].

But that was not the life that Kate lived.

I wish I could tell her what she missed, and let her know that things turned out well for her children. If I could write to her, I would say:

Your kids did fine, due in part to your strength in raising them. Esther, my great-great-grandmother, apparently “could cook a fine meal,” and was simply adored by her husband. Girtie was an adventurer, and even took part in the 1893 Cherokee Land Rush! Nicholas moved to Arizona, and Elmer fought in the Spanish-American War.

Fannie? Well, she lived to be almost 100 years old – imagine the things she saw in her lifetime! Oh, and then there was Chuck…now, don’t worry, but he was a bootlegger. A very bad one, it seems. He was arrested a few times, but still lived a pretty good life.

So you rest easy, Kate. You lived a full life, and you were not forgotten.

Much love to you, 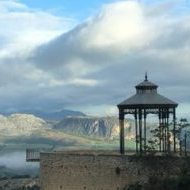 Living With The Changes In 21st. Century America

The World According to Diana

Finding the Good in Every Day