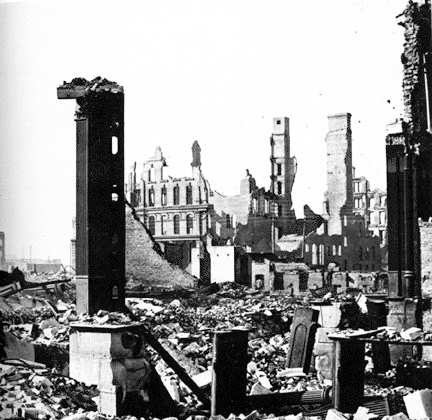 The short life and tragic death of Johann Conrad Muehleisen, Part I

My feisty, opinionated grandmother detested her middle name. That name was Melcena, bestowed upon her in honor of her grandmother, Melcena Millison.

As a child, I was fascinated by this name that appeared to be handed down to unwilling recipients, and I was pretty darn thankful that my parents did not follow family naming traditions.

When I began researching my maternal line, I immediately focused on Melcena. Who was this mysterious ancestor with the strange name? The answers were not easy to find. What I did find was that to understand Melcena, I had to learn about her father, my third-great-grandfather.

My research to discover his name led me on a virtual journey that began in Germany and ended with a shocking discovery in Deadwood, South Dakota: my third-great-grandfather – the one we called Unknown Millison – was a legend.

The Marriage of Gabriella and Mr. Millison

The surprises started immediately, and they just kept on coming.

What was this? Melcena’s maiden name wasn’t Millison, as my family believed, but Muehleisen [1]. She was the daughter of Johann Conrad “J.C.” Muehleisen, a German immigrant who worked as a barber in Chicago from about 1868 through 1871.  J.C. probably married my third-great-grandmother, Gabriella O’Neill, sometime after 21 June 1870, since he appears in the 1870 Chicago census as a single barber on that date [2].

Melcena was probably born shortly before the Great Chicago Fire; directory listings show J.C. and Gabriella living with Gabriella’s mother and brothers at 149 West Harrison Street at that time [3]. Because the couple lived in Chicago during the fire, any official marriage and birth records that existed were almost certainly destroyed in the disaster.

After the fire, Gabriella lived with her mother, Melcena Irvine O’Neill, in Ohio and Indiana [4]. In most directory records, she is listed as a widow. It was probably easy for Gabriella to let people assume that her husband perished in the Great Chicago Fire. A look at the map of the affected area shows that she lived less than one mile from where the blaze began, and her family members were undoubtedly in the path of the fire’s worst destruction [5]. How did any of the family members survive at all? It seemed that at least some of them didn’t.

Or maybe – just maybe – some of them wanted people to assume just such a thing.

The First Death of J.C. Muehleisen

The assumption that J.C. met a tragic end in the Great Chicago Fire is certainly fodder for a family legend or two. A young widow raising an infant alone after her husband perished in an infamous disaster would certainly elicit sympathy from others. And honestly, who would dare to question a grieving widow about her marital status?

But Gabriella’s story seemed too simplistic, given details of her family history. I suspected she had been less than honest in her claims that she was a widow, and I wasn’t surprised to find J.C. (very much alive) in the 1880 Chicago census. According to that record, he was living with Gabriella, his daughter Melcena, and his in-laws, and still working as a barber [6]. It was odd, though, that J.C. was absent from other family records, including directory listings. It seemed that he existed only on the day the census was taken!

By 1887, the “widowed” Gabriella had remarried [7]. She lived the rest of her life with my grandmother’s family, where she was referred to as Grandma Buckingham until her death in 1921 [8].

The question remained: What happened to Grandma Buckingham’s “deceased” first husband after 1880?

Find-a-Grave includes a memorial for a John C. Muehleisen, who died at age 34 in 1885 and was buried in Deadwood’s Mt. Moriah Cemetery [9]. No one in my family knew about an ancestor living in Deadwood, but since the age and surname matched, I decided to dig a little deeper for answers.

And once I started digging? I struck gold…in Deadwood, of course.

According to census records, J.C. Muehleisen’s family settled in St. Joseph, Missouri, and that is where he lived for a time after leaving Chicago [10]. References to a successful barber named Conrad Muehleisen appear often in St. Joseph newspapers from the early 1870s [11].

J.C. had six brothers, five of whom had the first name Johann [12]. One brother was named Johann John, and perhaps that is why Conrad went by John or J.C. only when he was living away from his St. Joseph family. Back home, he was known as Conrad, the young man who left a successful Edmond Street barbershop to seek his fortune in the Black Hills.

Lawrence County, South Dakota, records revealed crucial clues about J.C.’s identity. First was the discovery of a John C. Muehleisen in the Deadwood 1880 census, listed as a single barber from Germany [13].

Was this man the same person as the John C. Muehleisen “living” in Chicago in 1880?

According to records, Deadwood resident John Muehleisen (who also went by J.C. or John C.) was the same age as Gabriella’s husband [14]. Our Deadwood J.C. also had family in St. Joseph, Missouri [15].

One final item broke down the brick wall [16]. A Deadwood court report from 7 February 1883 noted that a divorce was granted to opposing parties John Muehleisen…and to his “widowed” spouse Gabriella!

My theory that J.C. was my third-great-grandfather seemed to be correct, but I wondered about all the secrecy. Did J.C. marry Gabriella to avoid a family scandal? Did Gabriella refuse to accompany him to Deadwood? Did they agree to simply live separate lives to avoid the stigma of a divorce?

While the details will never be known, DNA results provided plenty of additional support for my theory. Several cousin matches for me and other family members point to J.C.’s father, Johann Friederich (Fred) Muehleisen, as our common ancestor.

I discovered more details of J.C.’s story when a Google search led to an unexpected breakthrough: a Rootsweb page dedicated to Fred Muehleisen’s descendants [17]. Page author Gary Dix wrote “…some of the [Muehleisen] brothers were gold miners; family history says that one of them lost his way in a snowstorm and froze to death in the Black Hills.”

Since there are confirmed death dates and locations for the other Muehleisen brothers, the individual alluded to in the story was probably J.C. But did he die in a snowstorm?

That answer turned out to be more complicated, and sadly, much more tragic.

Next: A secret divorce, a desperate journey, a tragic death

11 thoughts on “When the legend becomes fact, print the legend.”

Baugh, Bass, and Beyond

Finding the facts behind the legends!

Sharing the people from my past

Laughing my Way Through Rheumatoid Disease and Life

Stories and Thoughts of My Life with Rheumatoid Disease

Family History and Cousin Connector for the Bailor, Wills, Young, and Hein Families